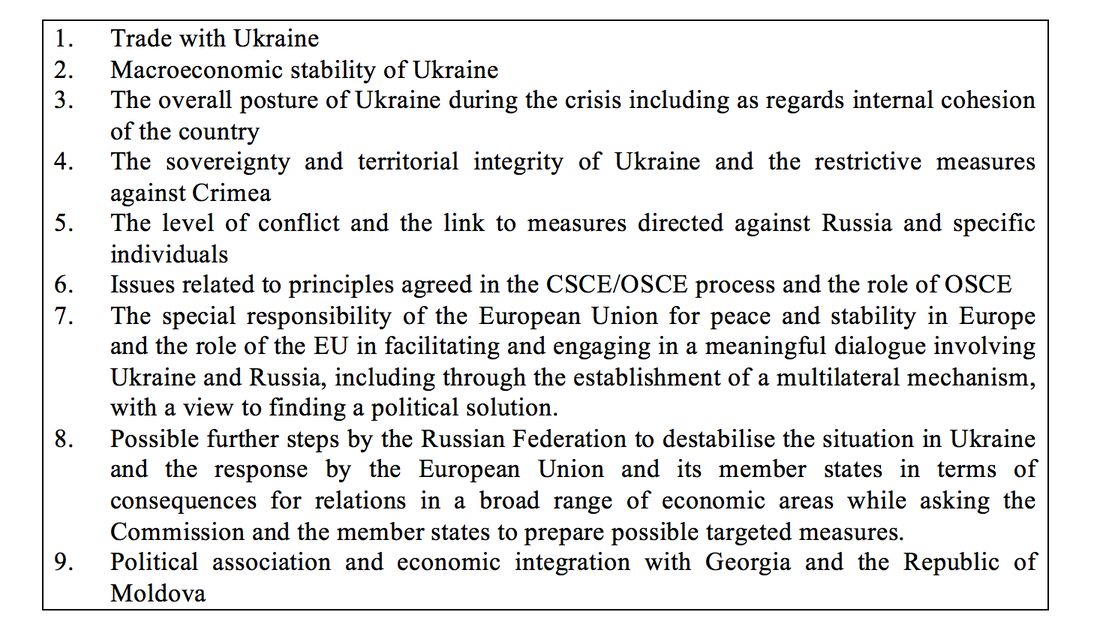 Some generic questions for an impact assessment ex ante for Ukraine - had there been one:


·      How to fighting causes rather than symptoms.


·      Adopting a long time perspective both earlier in time and towards the future.


·      Looking towards the totality of EU member state actions not only in specific regions but globally and functionally.


·      Addressing capacity issues upstream from the present concrete proposals for instance in the or the ENP progress report on Ukraine.


·      Discussing who should do what in the international community


·      Discussing requirements in order to enable those actors to function effectively


·      What should be the programme of action for instance in the dialogue with United States? Should and could the European Union and or member states engage with key international actors notably the Russian Federation?


·      What should be the role of religious and political leaders outside government?

A recent map of the Mariupol line from Reuters 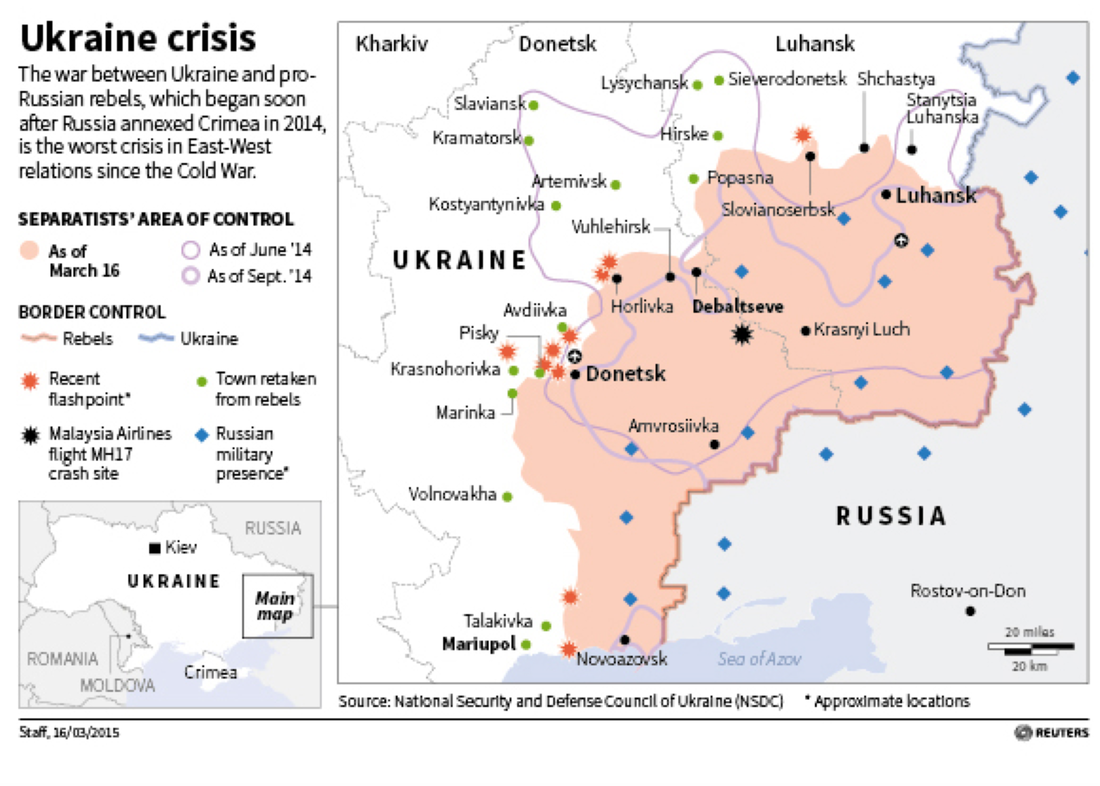 A general timeline in 4 periods:

The Action plan for the Comprehensive approach. 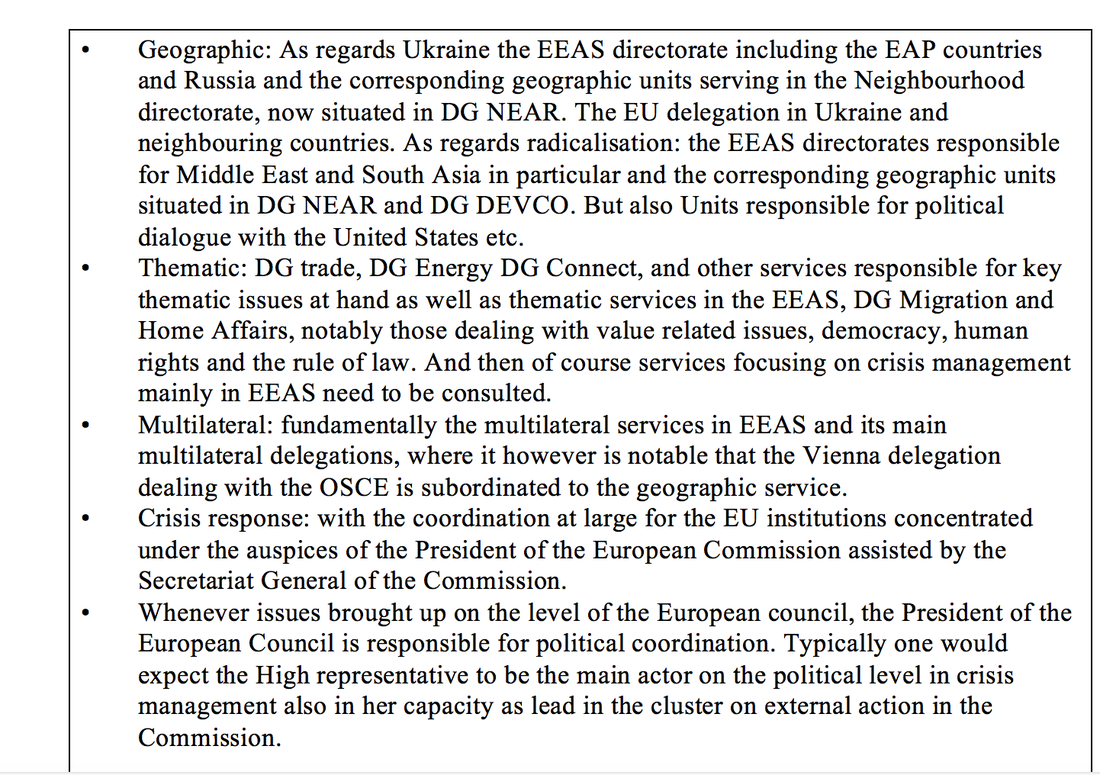 lessons learned from the past?

Nine steps to a comprehensive approach

If one of these approaches are forgotten in the  definition of the problem and thereafter in the definitions of measurements of success the policy becomes less than  comprehensive. Even worse,  if the focus at any given time is only on one of the four influencing paradigms  below the policy may be  too shortsighted.

We see at least four main types of influencing paradigms competing for attention (under 7. above)

First of all there is the enabling paradigm  closely related to the EAP.

Secondly there is the value-based paradigm closely linked to objectives such as democracy and the rule of law.

Third, there is the restrictive policies paradigm  which has been focusing on actors from  a hard power perspective: seeking to force  actors to comply with European Union objectives.

Fourth, there is a soft power paradigm seeking to convince  actors, including international organizations,  and targeted populations inside and outside the EU of the validity of certain EU objectives.This paradigm includes EU actions as a mediator.

A key learning objective as regards the comprehensive approach will be to see more clearly what essential aspects may be missing from a brief, depending on how the briefing task is formulated.

An overall objective will be to seek to develop the capabilities of participants to formulate questions from different perspectives and move away from a pure descriptive towards a more analytic approach.

4. Material for step 4: Roles with links to the respective websites

The officials acting in this case are assumed to be

- the head of the political section of the European Union delegation to Ukraine,

- the political adviser to EUAM Ukraine

- and the policy officer responsible for reporting on the OSCE in Ukraine at the EU delegation to the international organisations in Vienna. 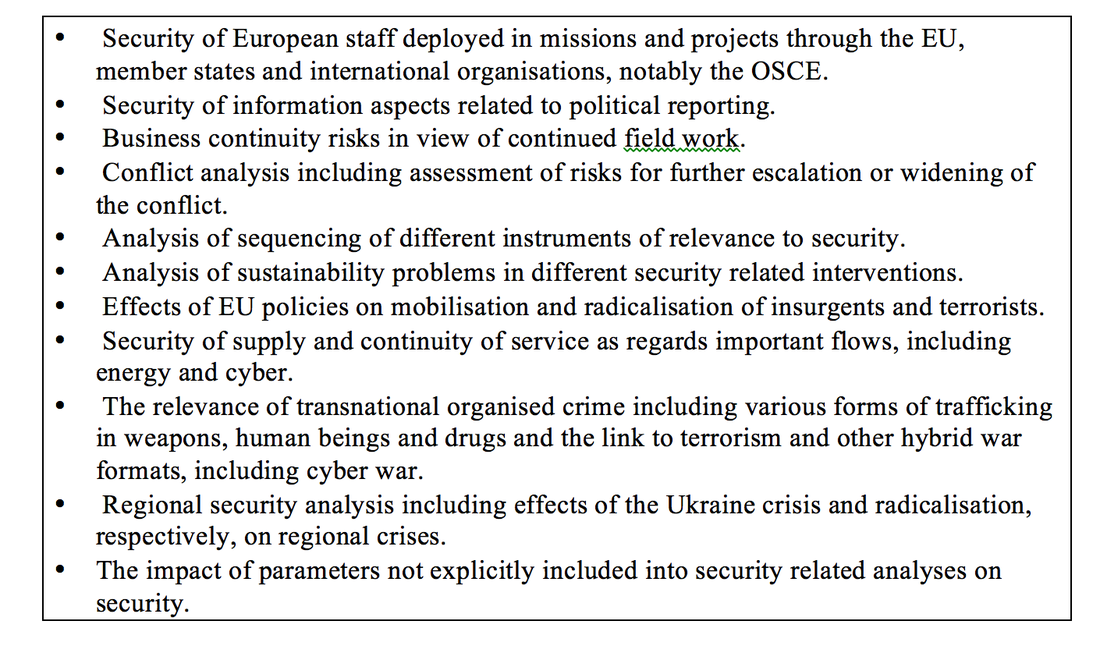 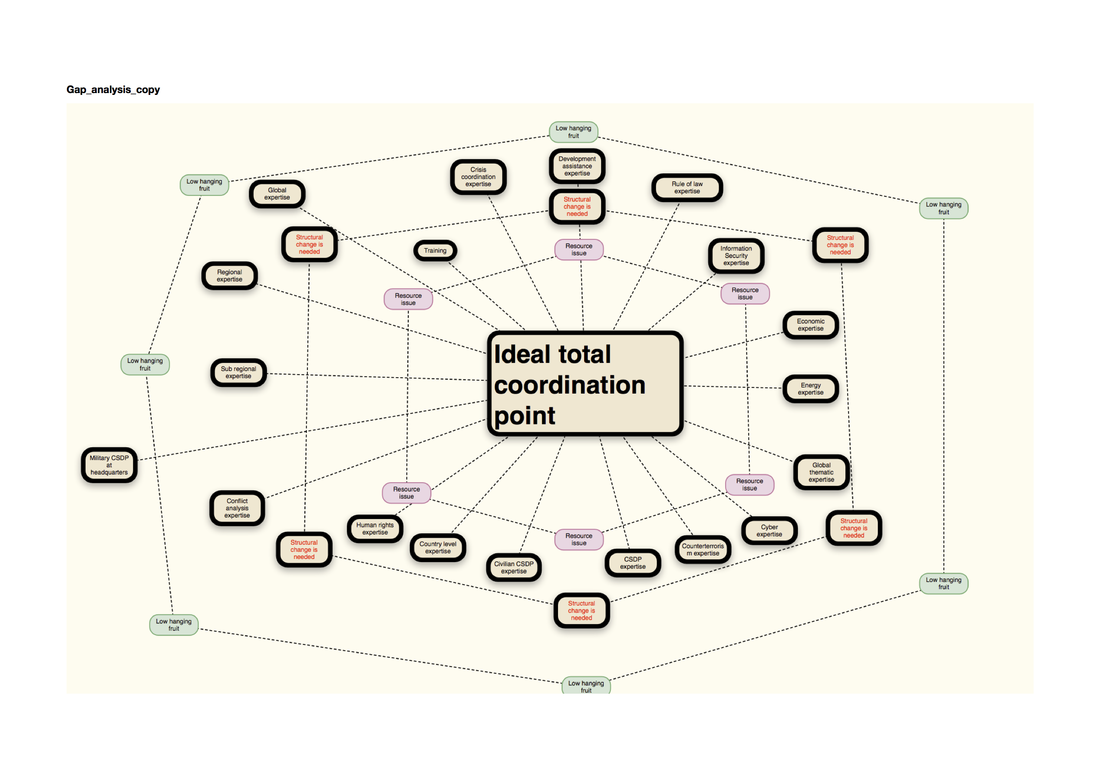